My Own Grief - A Short Documentary

Two individuals, Taylor and Hayden, reflect on their experiences with grief as a teenager and how it has impacted them years later.

In this short documentary, Taylor opens up about the time she lost her brother and Hayden speaks about the loss of his father. They each reflect on the after shocks of the pain, how it affected their lives then and the years to come, and the shifts in perspective they had afterward. With this, their stories shed light on how grief manifests itself differently from person to person and both share their thoughts about how others may be able to cope with their own grief. 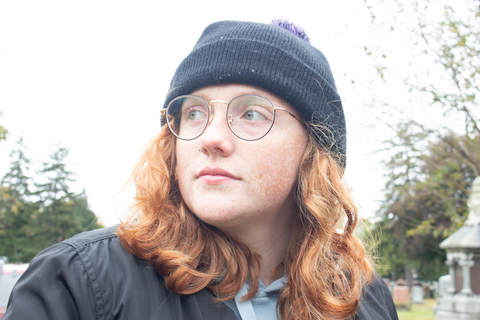 Sam Vink
Director & Producer
Sam Vink is an aspiring director with an interest in cinematography and using it to amplify her own understanding of how bringing ideas to the screen works. With an respect for all aspects of film she strives to understand and utilize her knowledge to improve herself and to help others reach their own potential. There is always something new to learn through the people you meet and just in everyday things. She is a strong believer that there is beauty in even the worst of things and strives to show this through film and other forms of art. My Own Grief hits close to home with her as she recently lost her older brother and in making this short documentary wants people to know and understand that not all grieving processes are the same and that talking to people helps. 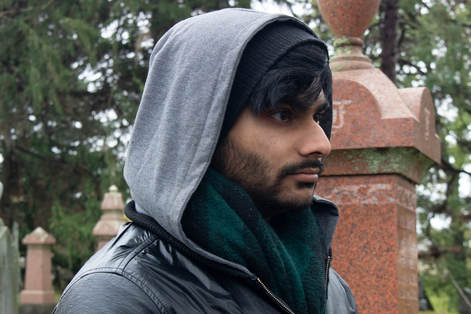 Elliot Lobo
Assistant Director & Writer
​Elliot Lobo is a third year Bachelor of Film and Television student who is majoring in writing as well as editing. He believes that pain and grief is all too prevalent and is  something nobody should ever go through alone. One of the ways this conviction manifested itself was his desire to work on My Own Grief. He hopes, in doing his part to share the stories of Taylor and Hayden, that it will help guide others through their time of suffering. 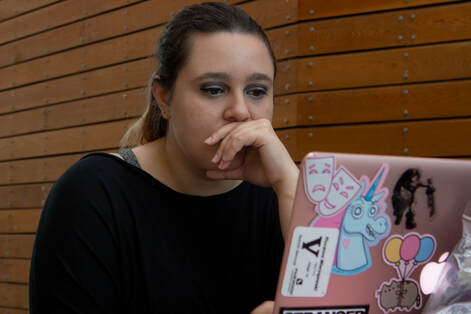 Roxanne Mierzejewski
Editor
Currently a third year in Bachelor of Film and Television, Roxanne's passion for creation has never faded. Her love for picture editing and special effects building is never a chore, nor regret in producing greatness. She loves animation, film and game development and hopes to work in every spectrum of creative media. As a film student, she works towards a stronger understanding of visual effects integration and both the technical and storytelling elements in editing picture film. That passion for creativity and the digital production will not be unnoticed, not even within the production of My Own Grief. 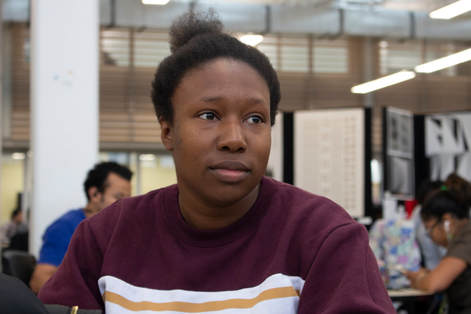 Bianca Harris
Writer
Bianca Harris is a creative individual who is in her third year of screenwriting at Sheridan College. She is passionate about developing ideas as well as writing stories for film and TV. She loves to get involved in stories with meaningful substance behind the idea. This has drawn her to work on My Own Grief as it deals with those who have been through the experience of losing someone at a tender age in their younger years. Bianca is proud to have able to help provide the written material that was needed. 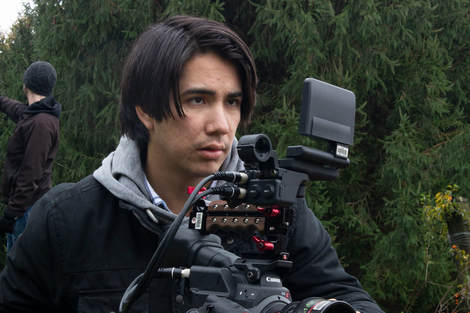 Isaiah Power
Director of Photography
Currently a third year BFTV student at Sheridan College, Isaiah’s passion is for cinematography and lighting. Inventive and resourceful in his approaches to filmmaking, Isaiah is well known for his positivity and enthusiasm for his work while collaborating with many different crews. He acknowledges any feedback or critique received  and regards it as a means to improve and further refine his craft. Eager to learn and grow, Isaiah strives to one day become a specialist in his field and is excited to tackle any future ventures. 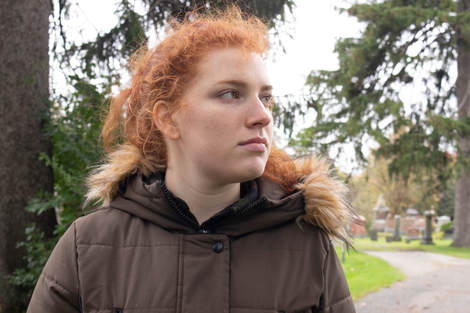 Sarah Goodfellow
Assistant Camera
Sarah Goodfellow is a third year student in the Bachelor of Film and Television program at Sheridan College. With a focus on cinematography, she loves being able to capture small moments through a focused lens, and see how the truth of a story unfolds on the screen. She is passionate about filmmaking and how it can be used for empathy and understanding in order to break boundaries and draw people closer together. 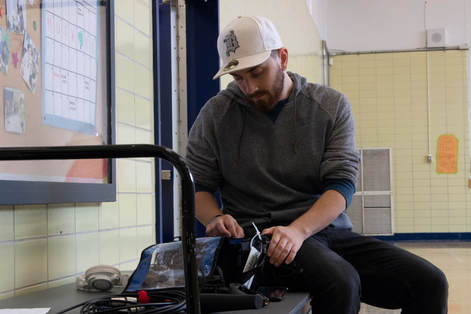 Austin MacDonald
Location Sound
Austin MacDonald, a man of acumen and diligence, specializes in cinematography and sound recording. For this project, he stepped in to do the latter. Regardless, he will generally seek to take on broad range of roles from production to production in order to improve his overall filmmaking skills. That said, Austin makes it a point to give it his all in this line of work. He is currently in his third year at Sheridan’s Bachelor of Film and Television program. 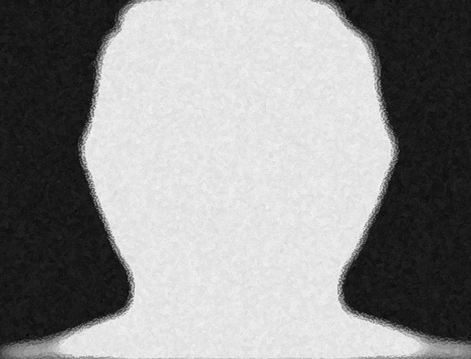 Sam Engel
Transmedia & BTS
Sam Engel plays his part in telling these stories by managing the production's online presence, its digital assets, as well as the behind-the-scenes components. While he has experience working in cinematography, Sam is more drawn to post-production and also has an interest in visual design.

NOTICE
The My Own Grief logo is an adaptation of an image by R. Neil Marshman. That said, uses of the logo itself fall under the terms of the Creative Commons Attribution-Share Alike 3.0 Unported license.